In celebrities, me, spam, television 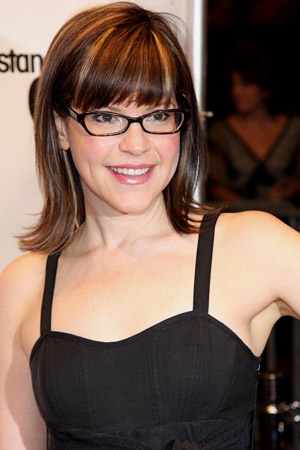 Lisa Loeb, just because. She performed at the Stand Up for a Cure show hosted by Jerry Seinfeld on October 11.

I managed not to lose my mind because of all the campaigning for the provincial election. I did my part by going vote, so I’m home-free now, right? Wrong. I left town for four days a few weeks ago, and the television I’m catching up on is chock-full of political ads. Gaaaa. It’s even worse now that the election is over.

The high was 22° today and it’s forecast to be 24° tomorrow. This, despite a week of single digit high temperatures and at least one night-time low below zero. I suspect this is the last gasp of summer. The only drawback is dry-skin season is on the way.

Before visiting my parents, I got a haircut. I wanted it cut quite short this time. Shorter than I’ve ever had it, in fact. It’s a bit pathetic when men with thinning hair try to hide it by growing it long. Not only does it not work, but longer hair makes it more obvious. I don’t want this to happen to me! So, it’s short. Man, is it short. I don’t think there’s a hair on my head that’s over an inch long. Besides the length, another noticeable change is the apparent body of my hair. It’s almost fluffy now. In fact, if I don’t comb it right after towelling-off, it stands right up and I look quite ridiculous. Oh well, like many other things, my hair too shall pass! 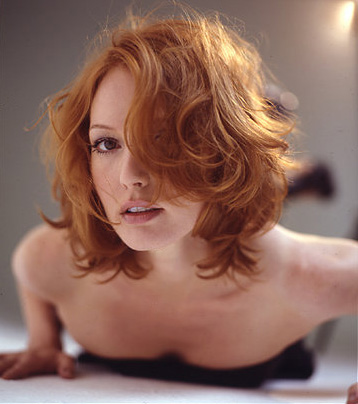 I watched last week’s Law & Order: Criminal Intent, hoping it wouldn’t be a Goren/Eames episode. I do like both Vincent D’Onofrio and Kathryn Erbe, but they haven’t been doing it for me in the show lately, especially after last season’s introduction of the Chris Noth/Julianne Nicholson duo. I was pleased to see the episodes are still split between two duos again, but I was surprised to see Alicia Witt is Noth’s new partner. It’s interesting how the female actresses in the Law & Order franchise, as a rule, have far more interesting characters to play compared to their male cast-members. But back to Witt, I first saw her as the nine-year-old Alia in David Lynch’s Dune. It’s very obvious she’s all grown up now.

I’ve read that 95% of all e‑mail traffic is now spam. You have to admit this sounds pretty incredible. So incredible that I simply did not believe it. That said, I now believe it. I borrowed an e‑mail security device from work and can report exact numbers. Today, 8243 messages arrived at the alienshore.com domain. Only 12 of them were not spam. That’s 99.85% spam!

Lisa Loeb photo courtesy of I Don’t Like You in That Way. Photo copyright unknown.