The day the Earth sucked 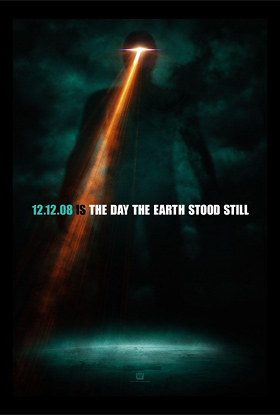 The Day the Earth Stood Still is to be released on December 12. I’ll certainly wait to hear what the word on the street is about it before going. I’ll see it, but whether in the theatre or not, I don’t yet know.

I’m still not pleased this film is being remade, starring the likes of Keanu Reeves, for goodness sakes. The 1951 original is an absolute classic and the trailer of the remake does nothing to address the feeling of doom I have about it.

The biggest single problem I see with the trailer is the film isn’t about alien invasion, explosions, or spacecraft. The best science fiction isn’t. Oh sure much of it does use these things as trappings, but when they become the story, there seldom a reason to risk two hours. I may be over-reacting because movie trailers are often all about the special-effects and glitz, but that they figure so prominently gives me pause.

I’m also uneasy with the way Reeves plays Klaatu. In the original he almost seems like a friendly neighbour, but mess with him and his strength shines through even when he doesn’t necessarily show it. Reeves’ Klaatu acts more alien and has a bunch of psychic powers to make his powers obvious. I’ve always believed that the truly powerful don’t need to show it off to get the message across. This remade Klaatu doesn’t seem to be in the same league as Michael Rennie’s Klaatu.

While I expect trash, I’d like to be surprised. I’ll be stunned if it even comes close to the original, however. Nothing I’ve seen gives any hint of such potential.