No one’s at the helm!

In me, politics, responsibility

Last month, I told you that I wrote my MP asking how I might follow his activities for his riding. I follow him on Twitter and his only tweets are about his Minister of Defence duties. I did get an answer a few days after I wrote that post. This post’s delay is completely my fault. 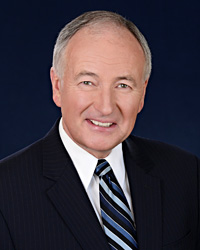 I am writing to acknowledge and thank you for your correspondence to Mr. Nicholson. For information about Mr. Nicholson’s activities as your MP please feel free to visit:

Please be assured that your comments will be passed along to Mr. Nicholson as her [sic] very much appreciates hearing from constituents.

Thank you again for writing.

It’s both exactly what I expected, and entirely unexpected. I have visited robnicholsonmp.ca in pursuit of what my MP has been doing in support of my area of the country, and trust me, the web site to which I was directed doesn’t answer my question. I expected the answer I received because there’s a heading titled “Riding News” on the web site, and it makes sense that I’d find what I was looking for there. The unexpected part is what is under that heading, and this is verbatim:

And that’s it. Each item has a link which gives more detail, but am I to expect that all he’s done this year is issue three statements (because the two commemorations seem to be limited to statements), and disclosed that he spend some $800 on a flight? Even if we’re generous and assume that this is an exhaustive list of his activities only since the first entry in the list, it sure seems like a light workload for ten weeks. I know that this list represents the whole year however, because the web site was updated since I wrote the letter. The items previous to August 1, which have disappeared, were all financial disclosures.

So really, what is this guy doing for me? I knew of absolutely nothing, and I didn’t want to assume that an absence of evidence was evidence of absence, so I asked. Little wonder that the three e‑mail messages I sent received no replies … my assumption seems to have been correct. I was directed to a list that can only be generously described as pitiful.

Read @HonRobNicholson however, and it’s all about ISIL, statements on various topics, retweets from his cronies, and check-ins from all the countries in which he’s visiting his foreign counterparts.

He’s clearly far to busy jet-setting about to bother serving the constituents who voted him into office. I am really looking forward to his re-election campaign, when he regales his constituents about all the things he’s done for us since the last election. It won’t take very long.

Photo of Mr. Nicholson from robnicholsonmp.ca