In art, me, school

Two weeks ago we had our first glass class. Most of the morning was a lecture about the history of glass right up to the current day. So interesting! Especially how glass was/is manufactured.

Then we went to the glass shop and started an exercise. You know the yin/yang symbol? With the two lobes rotating around a common centre? Our exercise was to draw a three-lobe version of the same thing. Then we were to cut the lobes out of glass. So check out this mess:

You can see the three middle pieces form an extremely rough circle with three lobes. The two extra pieces are even more rough so I re-did them. Well, even my best was poor and I left class that day incredibly frustrated.

Today was our second glass class. I tried not to think too much about how I felt at the end of our first class. We were told to have a small stained glass design in mind. I had a rough idea, and you can bet that it did not have nearly as many curves!

There’s my plan drawn on paper, surrounded by the pieces of glass I selected. You can see the circular centre … it was originally a square on a 45º angle but I suggested to my instructor that I could use a circle. He readily agreed. I thought I should be able to manage it, even though it meant cutting a complete circle, and four matching quarter-circles.

I got started and today was very much a different day, as compared to two weeks ago. I still don’t have the curve-cutting skills some of my classmates demonstrated, but I did a decent job. I made some mistakes of course, and it’s certainly not at a level one should aspire too, but I am very pleased with how it’s going. This is how I left it at the end of the afternoon:

It’s not as far along as it looks. Note the square yellow glass, with a quarter of the circle cut out of it. At the point where the yellow, the blue, and the circle meet, you can see the yellow glass has a larger gap than the lead covers. I am going to need to discard that yellow square and cut another, with a better curve.

Note also that the pieces that look black or dark-brown are actually a dark red. It only appears black because it’s a dark colour and no light is going through it. The other colours are much lighter.

I am so pleased. I can’t begin to describe how crestfallen I felt after the first class. I certainly don’t expect to walk into a class for the first time and produce expert results, but I do expect to understand why I broke piece after piece where they should not have broken. After some suggestions, and a completely different design, I think I’m on the right track.

I’m going to stay late some night and replace that yellow piece before the next class.

Snake on a bus!

The Copenhagen zoo wanted an effective advertising campaign without paying a fortune. The advertising firm Bates Y&R came though in spades.†

Note that this is not a drawing or a mock-up. It’s a photo of the bus on a city street. It’s a fantastic piece of work, and has the advertising awards to prove it.

I’d like to present to you the coolest album cover I’ve seen in quite some time.

As you can see, it’s Dance of Sounds by the Karmen Rõivassepp Quartet. Rõivassepp is the vocalist for the quartet, and I assume that’s her on the cover, but I really don’t know. The band is from Denmark though she’s Estonian. They don’t have much of a presence on the web so that’s pretty much all I know.

Yes I bought the album … in high res, even. No, I haven’t listened to it yet.

The music carries me away

In art, funny, me, music

So there I am. I’ve never listened to this CD I have. Claire-Marie Le Guay plays, among other things, Mozart’s Piano Sonata No. 4 in B‑flat major, K.570. The Allegro starts, and even though I’m at my desk, I close my eyes and just listen. The playing is so gentle and measured. So incredibly lovely. I don’t even hear my mother come downstairs.

At least until starts unloading the dryer and she starts talking to herself about losing a sock. “Where could it be?” She has no idea. “Surely a sock can’t just vanish into thin air,” and so on.

Talk about being pulled forcefully back to earth. But a short moment away is better than no moment.

PBS’s Masterpiece is airing Victoria in the US. I haven’t started watching it yet but Julie has recorded the first of the eight parts and we are going to watch it together.

I was on Amazon today and I couldn’t help but notice what is certainly one of the most beautiful cover photos I’ve seen in a very long time. 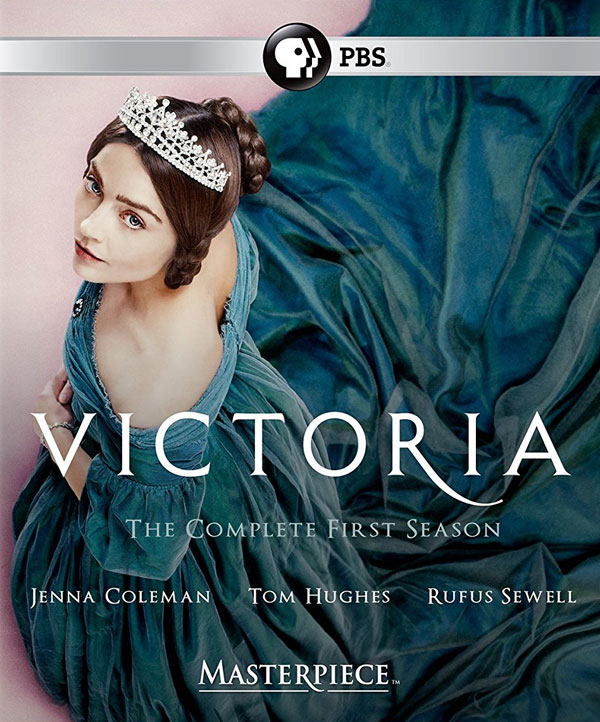 See what I mean?

I was delighted to read that season two is already in pre-production.

The cover image is likely ©ITV.